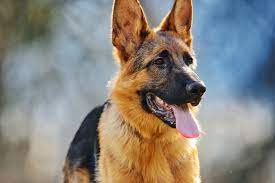 ARMY DOG CENTER provides exceptional services to the nation. It has highly trained and competent dogs whose talents are meant to help its people. The ARMY DOG CENTER has a great variety of breed dogs, including German shepherds, Belgian Milionis, Dutch shepherds, Labrador Retrievers, Airedale Terriers, Siberian Huskies, Boxers, and many more.

This article will show you the peculiarities of our well-trained German shepherd dog.

So let’s get started!

The German shepherd is one of the most popular breeds of dogs because they have always been used for military purposes from ancient times. Their bravery and distinction enable them to be considered in wars and battles.

Their aggressiveness, loyalty, intelligence, and suitability enabled them to be one of the most preferred breeds in the army.

The German shepherd Dog as a soldier on four has the following capabilities:

They have a history.  German Shepherd Dogs were used as military or police dogs in World War II army camps, earning them the nickname “Military Dog. “They can be trained as rescue dogs, assisting them in the hunt for missing persons in the event of earthquakes that force buildings to fall on humans.

They are Brave and courageous!

They have a strong sense of smell!

German Shepherds are the most intelligent dog breed because they can smell and hear better than any other breed. They have around 225 million smell sensors. With the ability to detect odors over a mile distant on land, up to 40 feet underground, and in 80 feet of water, they may be trained to detect bombs and explosives.

They have the high muscle strength!

German shepherd dogs are incredibly hardworking and do not get tired easily when working. Their intelligence, bravery, agility, and endurance aided them in becoming effective Military Dogs. Their bulk allows them to force their way through the rubble to rescue those trapped beneath.

They have powerful jaws!

Because of their formidable jaws, German shepherd dogs were utilized as military dogs. When a foreign soldier attempted to attack a German soldier, the German shepherd was dispatched to attack them. They have extremely strong jaws that may readily break any bone.

They have incredible loyalty!

German Shepherds are excellent security dogs due to their devotion to their masters and their previous experience as Military Dogs. They may be readily trained to defend you, your family, and your possessions from theft, robbery, or other criminal behavior, but they can also protect those who belong to them.

German Shepherd Dogs are extremely protective of their area and their owners. They are exceptionally bright dogs with a sharp memory, so they may be readily trained to defend family members’ property wherever in the globe. They may serve as an excellent security dog, deterring intruders as well as burglars and criminals who may target homes at night when no one is around.

They have remarkable obedience!

They can readily follow orders. German shepherd dogs are exceptionally bright canines and are utilized as military dogs due of this trait. German shepherds are easy to teach and enjoy learning new skills, which contributes to their high intellect.

They are extremely athletic and can run large distances. Military Dogs must carry large packs on their backs with food, water, and ammunition in order to locate lost soldiers or soldiers who have become trapped during an attack or a terrorist strike.

German Shepherd Dogs are a strong canine breed with a thick and well-built physique, making them an ideal military dog. Their strong build aids them in saving the lives of those trapped behind shattered walls, structures in conflict zones, and terrorist assaults or bomb blasts.

They have phenomenal speed!

They are fast because of their huge size and strong build, German Shepherd Dogs can run extremely rapidly through the fields in search of various sorts of explosives. Since of their great size, these canines were chosen as military dogs because they could easily plough through the fields and save individuals trapped beneath the bricks.

They are great learners!

German shepherd dogs are very easy to teach and learn new skills. They have powerful minds that allow them to learn rapidly, so their trainers can teach them new tasks in a matter of days, making them ideal military dogs. Because of their intelligence and eagerness to learn, they are among the greatest military dog breeds in the world.

The German shepherd breed possesses all the capabilities that are needed for a perfect army dog in order to serve the nation. Army Dog Center is proud to have this great soldier on four legs in its team of highly trained and intelligent dogs. They are trained by experts in order to develop the extraordinary skills due to which they can carry out their job. They are capable of performing highly complex tasks. Their excellent sense of scent, endurance, speed, strength, courage, intelligence, and flexibility make them an ideal candidate for Army Dog Center and national duty. In short “German Shepherd” Canines are flexible, clever, and active dogs known for their devotion. They are capable of learning a variety of orders, which makes them ideal for service, military, and support dogs. Outside of ‘work,’ German Shepherds are affectionate dogs that make excellent companions.